Well that was much better than I expected.

Upon hearing that there was going to be a show based on DC Comics Supergirl, I didn’t really have a reaction one way or the other. I wasn’t opposed to the idea nor was I excited about it either. I did decide that I would watch the pilot (I am a comic book fan after all) and see if it was for me. The pilot wasn’t bad at all. It established that this is a light-hearted series. It’s actually a bit more light-hearted than another DC based show, The Flash. I thought that “well this may not be for me.” It’s bright, cheerful exuberant and the pilot never lets you forget it. It also didn’t help that it was on CBS opposite the second season of DC’s Gotham which I do enjoy. I tried catching up on demand for a few weeks and by about the time the 4th or 5th episode aired, I just stopped trying. Once the show was announced to be moving from CBS to The CW, I decided to give it another shot. The CW was re-airing the season one episodes every Monday until the season 2 premiere. I was tuning in until I managed to get a copy of the season one blu-ray from a store that was going out of business. I binged for about a week and came to the conclusion that the first season of Supergirl was my favorite show based on a DC property this past season. 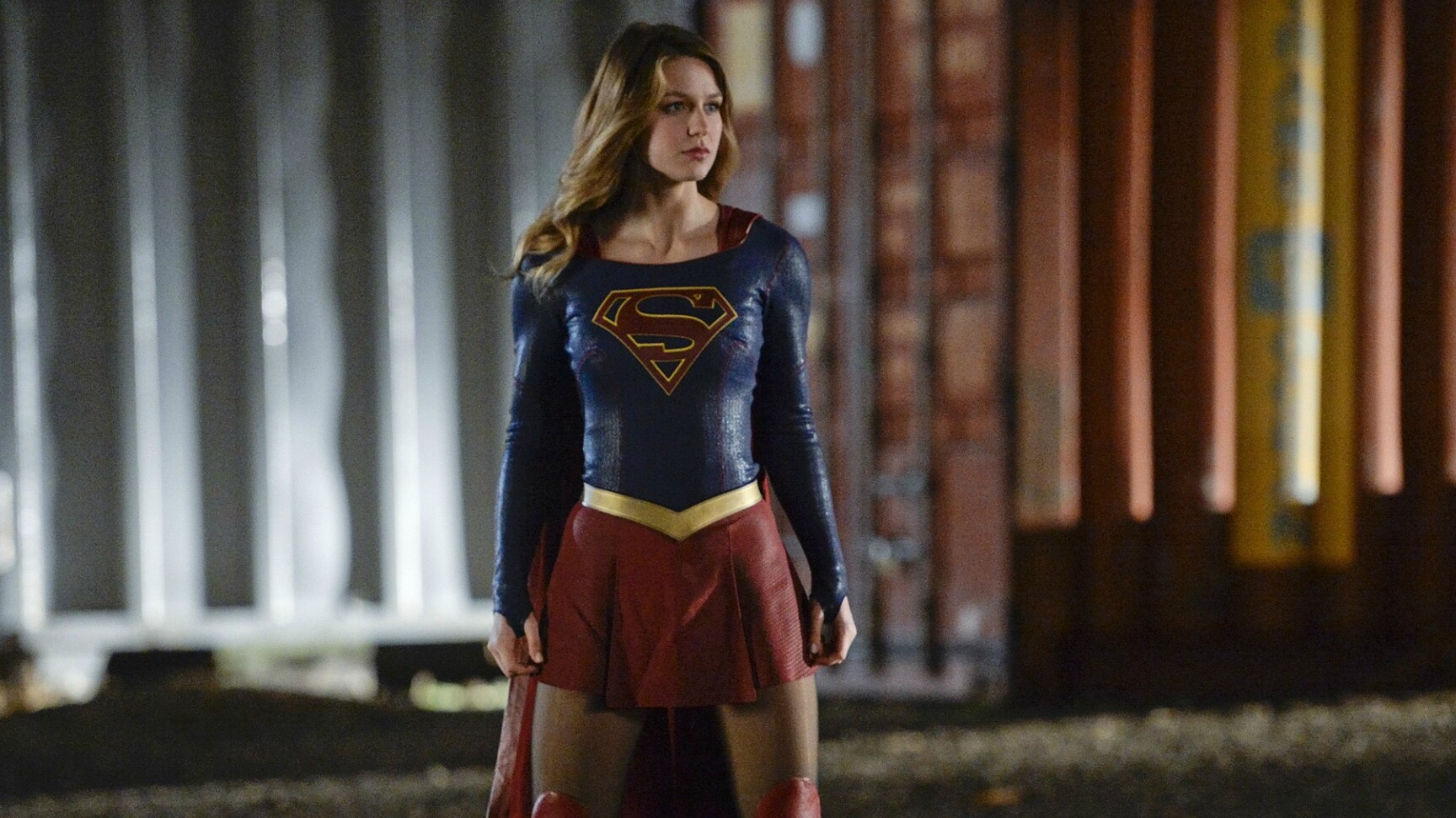 Supergirl is the story of Kara Zor-El, the cousin of Superman. She was sent away to Earth to watch over her cousin Kal-El as he was only an infant. Her pod is knocked off course and she winds up floating through space. Once she finally arrives on our planet, Kara is found by Kal-El, but years have passed and her baby cousin is now grown and has revealed himself to the world as Superman. Kara is then adopted by the Danvers where she initially kept her powers secret, but is now ready to embrace them. 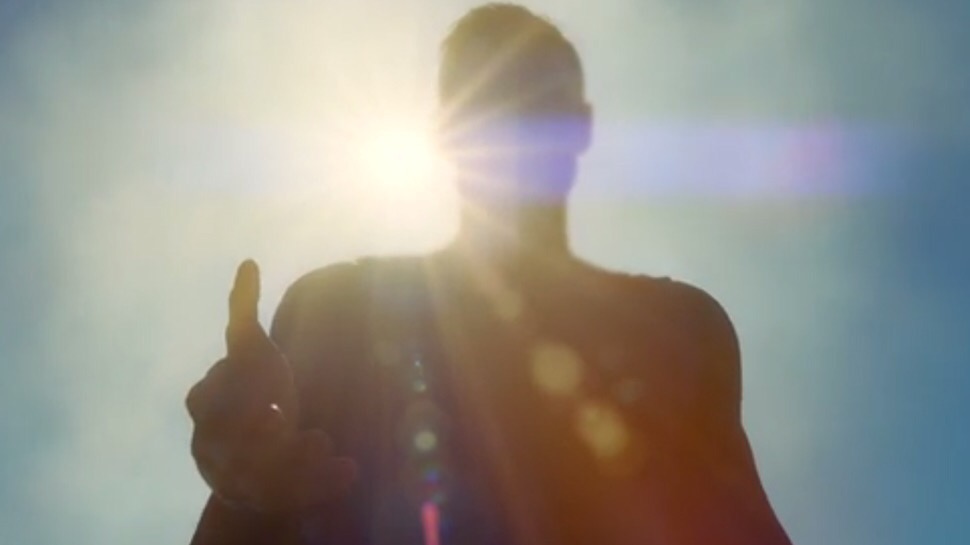 As I watched Supergirl, I was more enthralled with each passing episode. This is a show that has quite a few things in it. There’s action, drama, romance and comedy throughout, yet it never once felt bogged down or lost its sense of self to me. It always knew what it was and what it wanted to be. Here’s how I evaluated those elements.

Cast: Supergirl has a really good cast who have good chemistry with one another. Melissa Benoist obviously is the glue for the entire cast/characters. She certainly shows the excitement that Kara possesses once she is out in the world as a superhero and really plays down her civilian identity similar to how we saw Christopher Reeve play Clark Kent. Mechad Brooks as James Olsen gives us a solid veteran of superhero alliances as he’s already been a friend and confidant of Superman. Chyler Leigh plays Kara adoptive sister Alex Danvers, a goverment agent who works with metahumans. Leigh plays Alex as the older sister who possesses a sort of old school mentality and trains Kara to not rely solely on her abilities. Jeremy Jordan plays Kara’s friend Winslow “Winn” Schott, son of DC supervillain Toyman. Winn has a pretty standard character in being the nerdy guy who has a crush on Kara, but also wrestles with the guilt of who his father is and what he’s done. David Harewood is Hank Henshaw, Alex’s boss and someone who has a secret of his own. Last but certainly not least is Calista Flockhart as Cat Grant. Cat is Kara’s boss at CatCo and is easily one of the best aspects of Supergirl. Cat’s abrasive but never mean. Tough but never cruel. She’s a woman who has paid a lot of dues to get where she is. At a passing glance you may think she feels her employees are just cogs, but you can truly tell she expects greatness from them all. 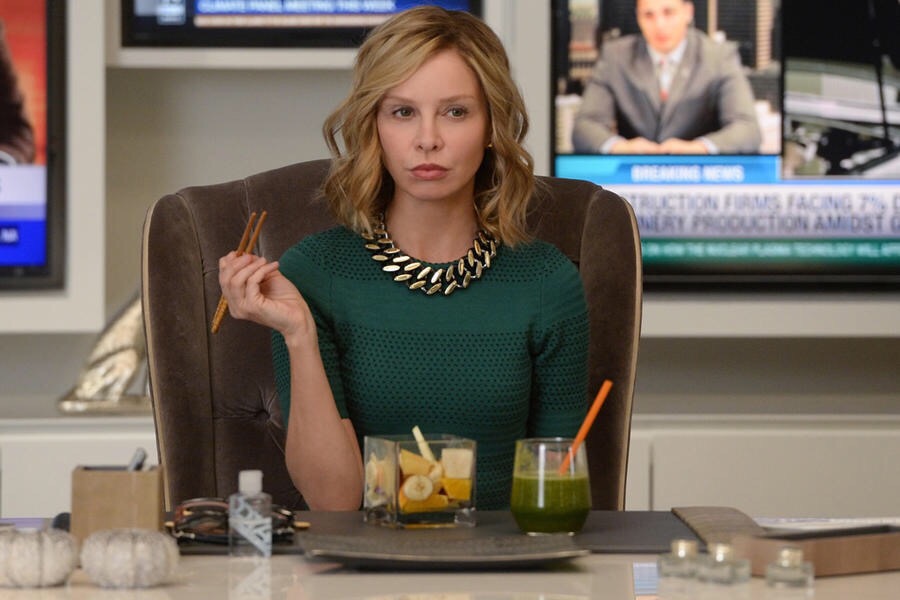 Story/Writing: The main story thread focuses on Kara’s aunt Astra and her husband Non as they look to enslave the people of Earth with something called Myriad. It’s a pretty tried and true story that isn’t anything new. It’s not the main arc that’s interesting, it’s the gauntlet of things Kara deals with that provides most of the drama. There are 3 episodes in particular that Benoist gives her all in terms of acting. The first is “Bizarro,” where she takes on her doppelgänger. The second is “For the Girl Who has Everything,” which is based on the Superman story by Alan Moore and Dave Gibbons. This is one I particularly liked because it reminds us that unlike her cousin who never knew Krypton, Kara actually lost her home. She has memories of people and a culture that is lost forever and we get to see her with who and what she’s lost. The third is “Falling.” In this episode Kara is exposed to red Kryptonite and embraces her bad side as well as being able to openly express how she feels, regardless of what the situation is. The best part of that episode is that it has repercussions going forward for Supergirl. Overall between the main story and the development of Kara, this season’s didn’t feel like there was too much filler. The season is 20 episodes and not having that extra 2-3 made the series a bit easier to consume.

Effects/Action Sequences: To my surprise the effects are pretty decent. The flying effects look as good as anything you would see in the movies and the use of heat vision looks fantastic, especially when Kara exerts more power and you can see the blood vessels around her eyes. It’s a nice little detail. Some the makeup effects are nice as well, particularly on Martian Manhunter who shows up about halfway through the season.

Final Thoughts: Between all the shows based on DC Comics properties during the 2015-2016 season, it turns out the one that I didn’t watch during its initial run would be the one that ended up being my favorite. Supergirl has engaging characters, really good character drama and some really good special effects. For a comic book based show, I need to have the drama, but also I need the comic book elements in place as well. Fortunately season one of Supergirl has this combo and it uses it well and as a viewer it’s a really fun time.

Final Rating (4/5) Supergirl’s first season has a sensibility that is part Silver age comic and part Bronze/Modern age. It works for a really enjoyable season of television.  Here’s to the second season and the arrival of Superman to the series.

6 responses to “Supergirl: Season One Recap”