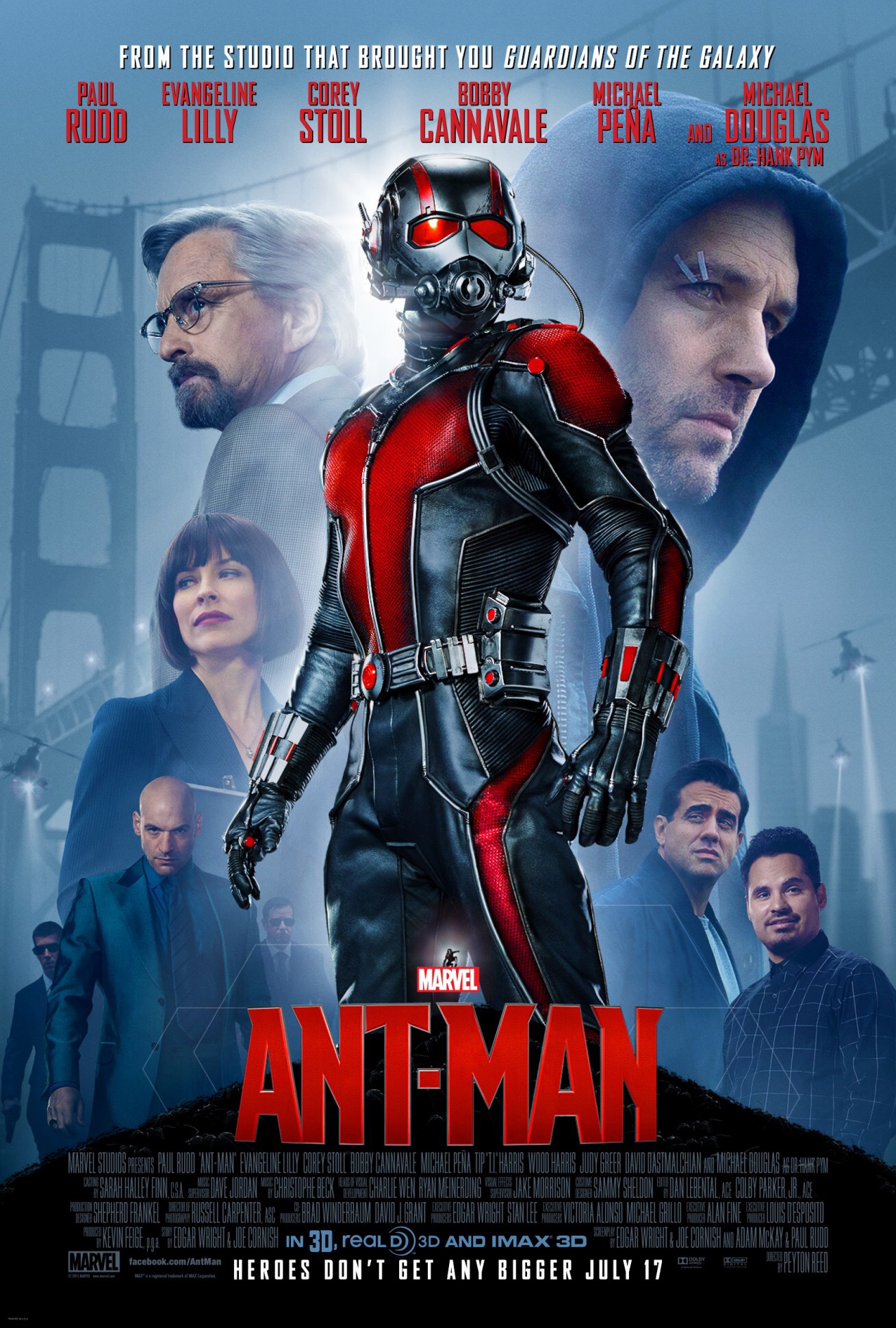 The 12th installment of the Marvel Cinematic Universe has arrived on the scene. Leading up to this film, I was unsure what I thought about this one. I have seen every film in the franchise thus far. All of them in theaters on their opening weekend. This was the first one I wasn’t sure about. I only knew Ant-Man by name only and his stature in the Avengers comics, but other than that I have no familiarity with him. I also was unfamiliar with Guardians of the Galaxy, but the humor was what had sold me on that film. This film matches and perhaps even surpasses Guardians, at least for me that is.

Paul Rudd (This is 40, Knocked Up) is Scott Lang, a recently released from prison burglar (he clarifies for us the difference between a robber and burglar). Working off a tip from his friend Luis (Michael Pena) he breaks into a house for a big score and finds nothing but a suit and helmet. These items belong to Hank Pym(Michael Douglas) a renowned scientist and former SHIELD employee. Hank recruits Scott to assist him an his daughter Hope (Evangeline Lilly) in stealing the Ant-Man technology from his former protege, Darren Cross (Corey Stoll).

What works for this film is the same thing that worked for Guardians of the Galaxy. Humor. I compare it to a newcomer to an already familiar group of friends. Make them laugh. And it works.

For the most part, the majority of the cast is fantastic. Rudd is an actor I never thought could fit in the MCU, but he certainty does and I honestly can’t think of someone else I feel could be better. Maybe Chris Pratt if he wasn’t already Star-Lord. Evangeline Lilly does a great job as Hope and her conflicts with Douglas’ provide a fair deal of the drama. Corey Stoll as Cross/Yellowjacket is another standard Marvel antagonist, which is a shame because the motivation for his character is there, but it’s just another mustache twirling villain. The comic relief is Michael Pena’s Luis and he certainly does deliver in that regard. And Michael Douglas as Pym does great as the fatherly mentor role. I hope we get more of him in the MCU. 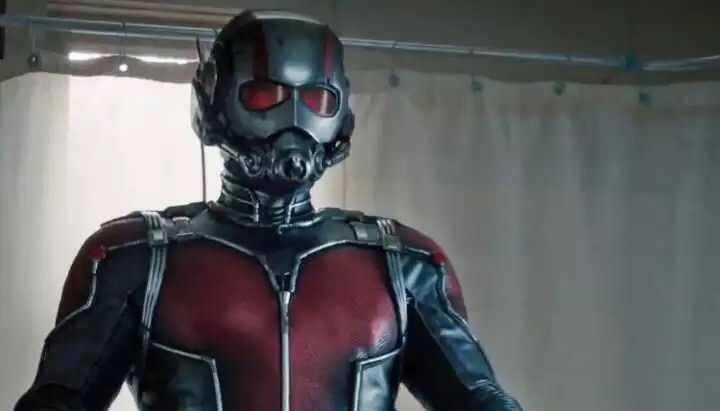 The action is what we’ve come to expect from the MCU and it does not disappoint there. This also feels very much in the real world. At least as much as the MCU can have that sort of feeling. I know Daredevil is certainly way more realistic, I’m just referring to the MCU films. Scott is a man trying to do right by his daughter. He’s not a wealthy billionaire, super soldier, god or spy. Just a man. A criminal for that matter.

Another thing I loved is that this film acknowledges the continuity that’s occurred before but is not beholden to it. There is mentioning of the Avengers, but there is no teasing or setting up the bigger picture here. That’s something I thought was a fault of Age of Ultron. This is Scott’s story. Something we really haven’t seen since Iron Man or The Incredible Hulk.

As a coda to Phase 2 of the Marvel Cinematic Universe, Ant-Man works and works well. Using its humor to win over its audience. It knows it’s place for now. Don’t count the little guy out. Ant-Man will return…. 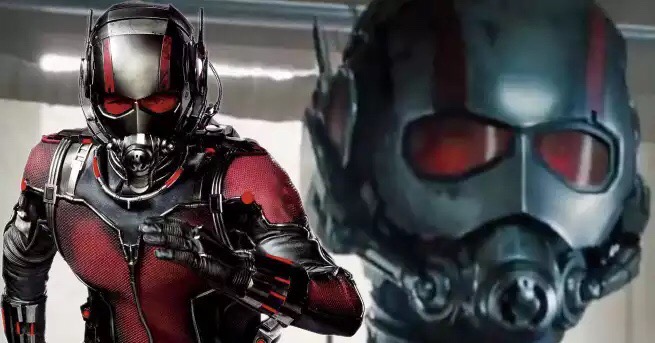 Also check out the DeaconsDen review for Avengers: Age of Ultron