March in the Korova Milk Bar

My March contribution to Cinema Shame is the 1971 Stanley Kubrick film, A Clockwork Orange. 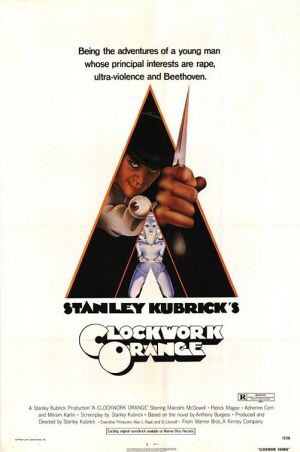 That opening shot. That standard Kubrick tracking shot. I’d seen it before many times. It always makes me crack a style to see one of this director’s signatures. Yet this time, that shot that I had seen many times in the past, gave me a sense of uneasiness. That long stare of a young man with a glass of milk wearing white with a black hat. The images all around the milk bar, from the tables shaped like naked women to the words that appear to be Russian on the wall coupled with a haunting electronic piece by Wendy Carlos. The film is A Clockwork Orange. And for the first time ever, I had seen a film that truly has me conflicted.

Based on the novel by Anthony Burgess, A Clockwork Orange stars Malcolm McDowell as Alex DeLarge, a juvenile delinquent who partakes in…