Better late than never. I finally got around to to viewing “Interstellar,” the much anticipated science fiction film from Christopher Nolan.

I like Nolan’s work. The only films of his I have not see are “The Prestige” and “Insomnia.” He is certainly one of the best directors out now and a great auteur. I do feel however that this is not one of his top works. By no means am I saying this is a bad film. It is good, but for me it falls short of Inception and his Dark Knight trilogy. Yes, that means “The Dark Knight Rises” as well.

First off, this is very well constructed film. Nolan always is great when it comes to building worlds whether it’s Gotham City or the world of magicians. In this case a future where the world has reverted to an agrarian society due to blight that is destroying crops. Cooper (McConaughey) is selected to lead a team to a new habitable world so that humanity may survive.

This film immediately invokes “2001: A Space Odyssey.” You can tell simply by the scope of the picture and some of the wormhole/black hole sequences recall that famous ending. It runs a lengthy 165 minutes but it never felt like it dragged. For a movie this long to have good pacing it is quite refreshing. Yet with this good pacing I never felt fully immersed in the story. It’s not difficult to follow because you get explanations at every opportunity. The problem with this exposition is that it’s mostly scientific based and at least for me, I didn’t fully grasp it beyond some basic science I have known since high school. The thing about 2001 I love is that I actually followed the narrative better because it did not explain everything. It sounds strange I know.

I also felt that while the cast certainly gave good performances, I didn’t find them totally memorable. The two characters I enjoyed the most were the robots CASE and TARS which actually seemed to have more personality than the crew. This of course also reminds you of HAL 9000. I really felt that Chastain was underused, basically acting as the emotion until the very end.

It sounds like I’m coming down hard on this film. It really is a good film, just for me this is a little bit lower on the ranks of Nolan’s movies for me. This is to Nolan’s filmography like “Death Proof” is to Tarrantino’s. And that’s not a bad thing either. Interstellar is good, just not great.

Spreading the word from Vic’s Movie Den on some recent November additions to your streaming plans on Netflix and Amazon.

Some titles will be available in “High Definition” for those who have a High Def TV and High Speed Internet.  Amazon Prime is a streaming service which provides members with many new and old Movies, TV shows and Documentaries. If you find anything notable while browsing that I may have missed, just give me a shout and I will add it to the list!

So, sit back and check out what’s new and enjoy the list and some trailers! 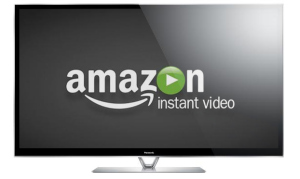 Willy Wonka and the Chocolate Factory

I picked this up during the semi-annual Criterion Collection sale at Barnes and Noble. I have heard about this film’s legacy for years and had never seen it. I always like to hear of successful genre films from an older era because I feel viewers nowadays dismiss them unfairly. Here we have a nice and atmospheric gothic horror film that as you watch it is actually quite unsettling. Deborah Kerr plays a woman who becomes the governess for a wealthy man’s niece and nephew. I won’t go too much further into the plot as not to spoil anything but there is something suspicious about these kids. I know it sounds cliche, but the mystery behind this is quite intriguing.

The film opens with the 20th Century Fox logo, but no fanfare. It’s just a stark black and white image with the sound of a little girl singing. Very unnerving. I had previously thought that the opening to Alien 3 was very dark and foreboding but this takes the cake. The film oozes menace throughout which really makes it a horror film and not just some scare machine which one would think having seen its trailer. Honestly it doesn’t help sell the film at all. It makes it look like some 60s B-movie and this is far more than that.

As I watched the film, I took note of the splendid craftsmanship in the cinematography. It really reminded me of the work of Stanley Kubrick. Combine that with the tension that permeates the story which is reminiscent of Alfred Hitchcock, this is probably why I responded so well to the picture.

A prime example of knowing how to scare people without making them jump. I would recommend The Innocents to anyone who hasn’t seen it or to those who profess to be horror movie buffs. This is a fantastic film, with quality acting and it’s also very well crafted. It’s a shame I did not see this film sooner.

With the recent release of X-Men: Days of Future Past on Blu-Ray and DVD, I have decided to make a rankings of the 7 films in the series. I’ve recently watched all 7 movies so I can have a fresh perspective on their quality. Although I’ve read the source material these movies are based on including specific storylines, these rankings are purely cinematic based and not on how faithful they are as adaptations. 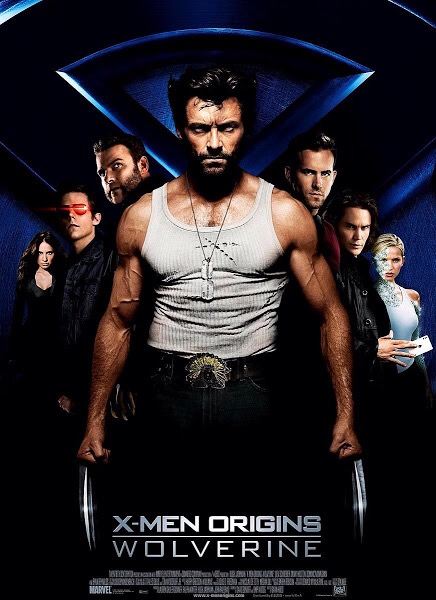 Hugh Jackman is fantastic as Wolverine. This I feel will never change. I did not hate X-Men The Last Stand as so many others did, but I still feel this is a lesser film than that was. I liked seeing the origin of Logan, but man did this just bore me and after rewatching it lately it still underwhelms. Bad pacing, boring characters and of course the misuse of Deadpool what should have been an exciting early story of X-Men lore felt like a cheap video game tie-in. Which is crazy considering that the tie-in game for this film is actually one of the better movie games. Probably because it makes you feel like Wolverine. Rating 1/5 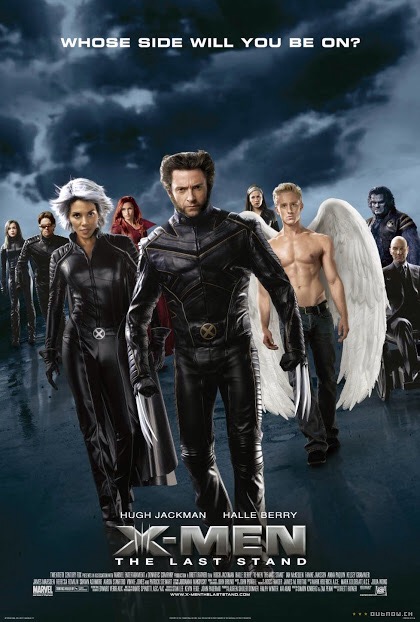 In 6th place is the third X-Men flick which I don’t like more than any of my top-5 but I didn’t dislike it as vehemently as so many others. I still dislike “Origins” more. But I can recognize the flaws in this film and those mainly are that the studio wanted so much in but never knew what to do with it. Plus they did butcher the Phoenix which is one of the top comic storylines I’ve read. Not to mention the killing off of 3 key X-Men with no major consequences. At least it has some good action for the final battle . Rating 2/5

Cracking the top 5 is the original X-Men film. Released in 2000, it was a big risk that paid off with some good casting and really playing up the human/mutant conflict as well as the conflict between Professor X and Magneto. The drawback is that being released in 2000 it really shows and when watched now it looks more like a TV movie. Still a good movie though. Rating 3/5

A prequel/reboot, First Class tells the story of of when Charles met Erik, the founding of the first group of X-Men and Brotherhood of Mutants. The core of this film is the relationship between these two men whose differing ideals will help shape this universe over a period of years. The number one reason to watch this is the performance of Michael Fassbender as Magneto. So charismatic and equally dangerous, he steals the show. Rating 4/5

Considering that the first solo Wolverine was not good at all, I like many others were skeptical of a second attempt. But under the direction of James Mangold, we got a Logan story more than a Wolverine movie. A character study more than superhero action. However towards the end we do get that standard movie experience. This also has something that we don’t get too often and that’s not 1 but 2 well developed female characters. I loved the setting, the story and the characters. A solid effort. Rating 4/5

The first “great” X-Men film has a larger scale but a smaller focus if that makes any sense. I say this because the enemy, William Stryker, is not a mutant and has a very viable plan to achieve that. A strong villain, great set pieces and a great ending teaser. (Even though that went unfulfilled in the following movie.) And let’s not forget the Nightcrawler sequence to open the movie. Rating 4.5/5

This was a hard choice. I wanted to make sure that I didn’t pick this to be number simply because it’s the new flavor. After much thought I decided this is my #1 X-Men film. By all accounts it has a smaller character focus again on Charles and Erik, but pushes their characters forward in the direction of the men they will become. It ultimately sets up the X-Men film universe for hopefully a good future. Plus the Quicksilver scene ranks up there with the Nightcrawler-White House sequence. Rating 5/5

And there you have it. My rankings of the X-Men film series. Do you agree? Disagree? Make a switch here or there? Despite its missteps I still think this is a pretty solid comic book film franchise.

Dave's Corner of the Universe

I have to admit this place is impressive. I am standing in the large marble building which is the Hall of Justice, headquarters for the Justice League of America. Now like an genre savvy fan I know that this is just the earth bound facade for the League, that the real work is done high above the Earth in a satellite called The Watch Tower, but hey I am thankful they let me in this far. Scanners check and recheck the one item in my red back pack.

My escort is a crimson colored Robot called the Red Tornado. He shows me the reflecting pools and the many monuments to the League’s accomplishments. It is all done in a neo-classical style that is both overwhelming awe inspiring, yet simplistic enough to make it seem like it’s not one giant shrine to self-aggrandizement.

Returning to her childhood home in Louisiana to recuperate from a horrific car accident, Jessabelle comes face to face with a long-tormented spirit that has been seeking her return — and has no intention of letting her escape.

If you enjoy a backwoods bayou thriller with some J-horror thrown in for good measure then you may not go too wrong with the latest in the roulette wheel of low budget indie horror named “Jessabelle,” from director Kevin Greutert (Saw VI, Saw 3D) and writer Robert Ben Garant (Herbie Fully Loaded).  It is a southern fried spook story  (Think “Skeleton Key” meets “The Changeling”) that just about tosses in every cliche, supernatural circumstance and manipulation to keep it going.

Somewhere on the surface there is a decent, if not remarkable, story to be told here among the picturesque trappings…

The Mother of Dragons, Daenerys Targaryen from Game of Thrones 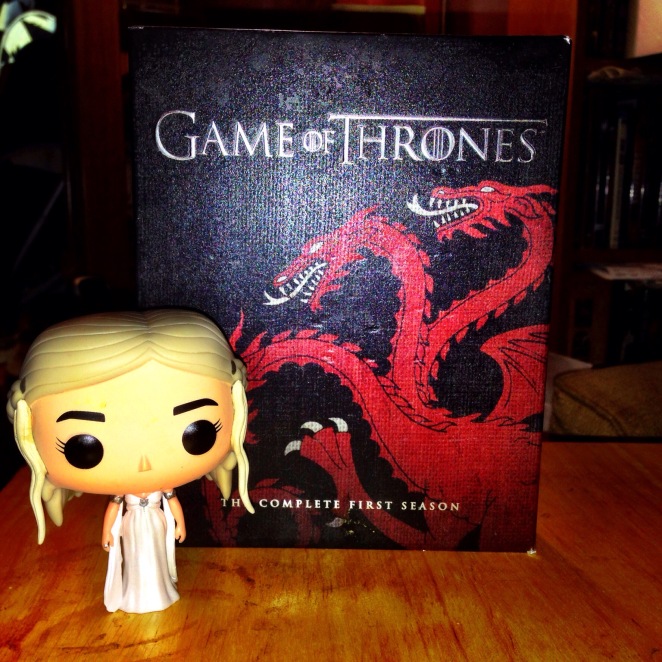 Last is the mighty host of the Phoenix Force, Jean Grey the Dark Phoenix

My collection of Funko Pop Vinyl figures continue to grow with a very diverse group.

First up we have an updated picture with Captain America and Black Widow. I previously had them with The Avengers now they are advertising Captain America The Winter Soldier

Next is the Merc with the Mouth, Marvel’s Deadpool with his videogame on XBOX 360

And last let’s Rock the Dragon. We have Vegeta, the Prince of All Saiyans, Freiza the Tyrant and Super Saiyan Goku 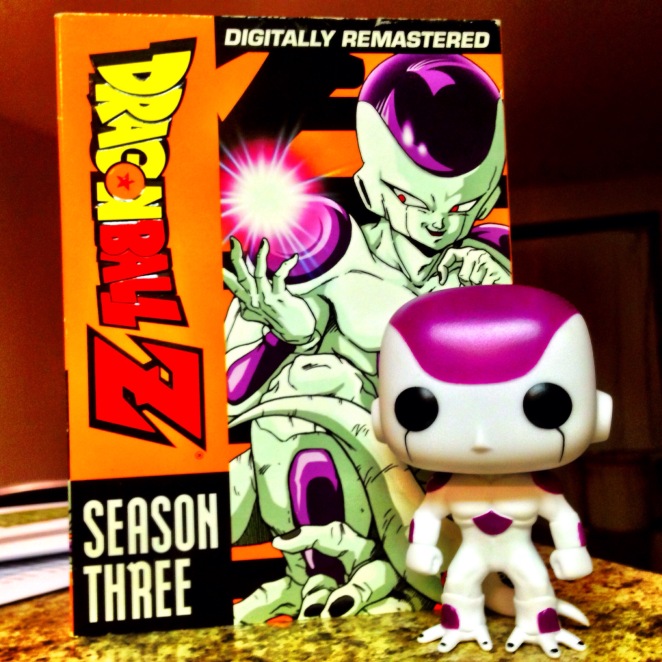 Collecting these never gets boring!